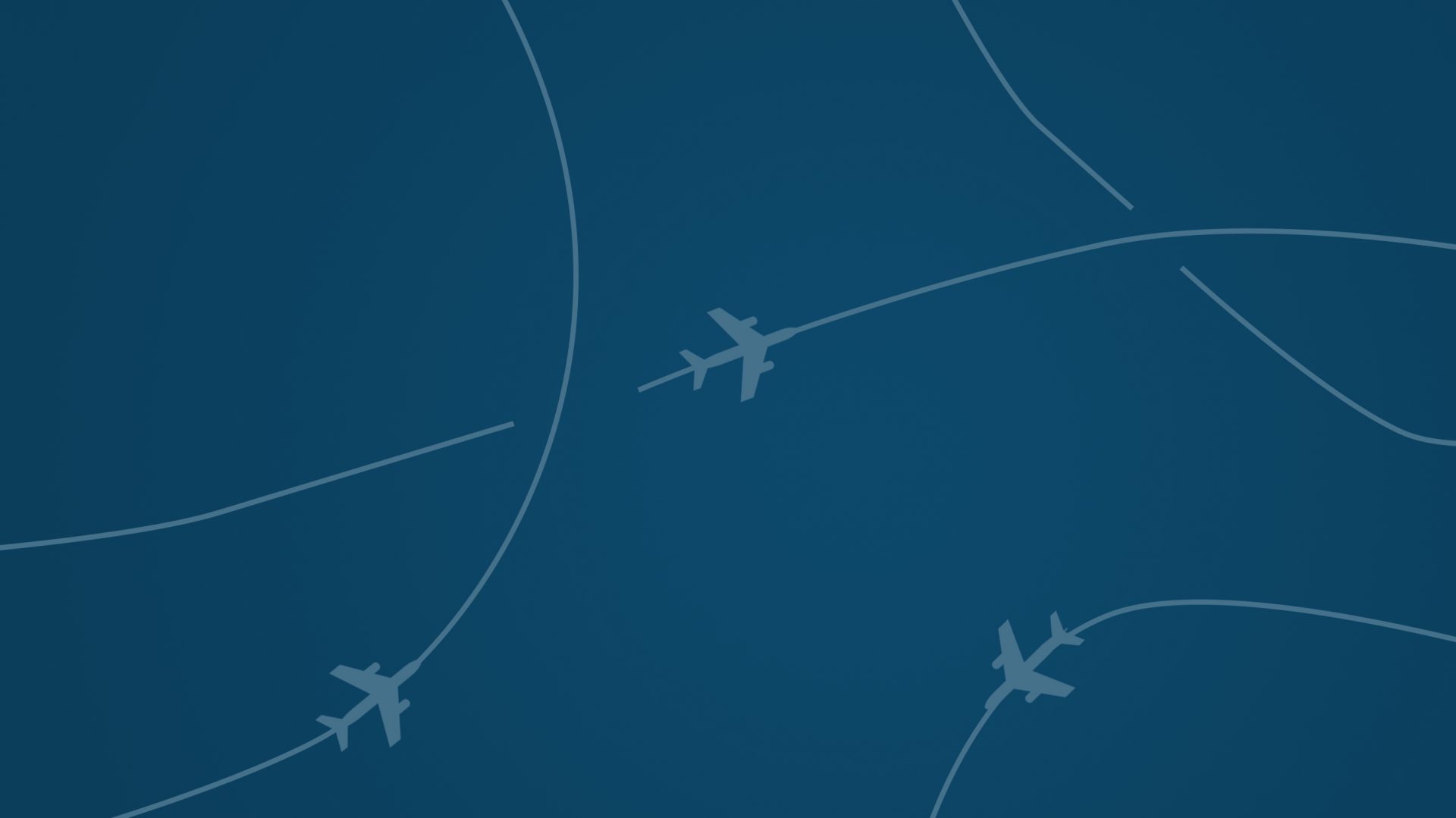 Living and working in Darmstadt & Germany

We will send you the address and further information about your workplace. If you need more details please do not hesitate to ask us, we will try to provide you with all the information you need.

Facts and information about Germany

Germany is one of the world’s leading industrialized countries, located in the heart of Europe. It is bordered to the north by the North Sea, Denmark, and the Baltic Sea, to the south by Austria and Switzerland, to the west by France, Belgium, the Netherlands and Luxembourg, and to the east by Poland and the Czech Republic. The territory covers around 350,000 square kilometers and is populated by 82 million people.

Germany is a democratic federal parliamentary state with 16 federal states, which in certain fields of political activities act independently of the Federation. The Federal Republic of Germany is a member state of the United Nations, NATO, the G8 nations, and a founding member of the European Union.

Some of Europe’s major rivers run through Germany, for example Rhine, Danube and Elbe. Around one third of Germany is covered by forests. In the south of Germany the elevation from the mountains of the Alps rises up to almost 3000 meters, whereas the north of Germany with its shores is located at sea level.

Germany has a number of large cities, among them Berlin (capital), Hamburg, Munich and Cologne with more than 1 million inhabitants each. But there are also large areas for nature and recreation.

German is the official and primarily spoken language in Germany and is written using the Latin alphabet. The German alphabet has three additional vowels with so-called Umlauts: ä, ö, ü. Furthermore the letter ß (Eszett, spoken like s) is used in some words.
Most of the younger Germans also speak English, and/or some other European languages.

The currency used in Germany is the Euro. 1 Euro is divided into 100 Cents. It is a European currency that is used in more than 20 European countries. Major credit cards (Visa, Mastercard) are accepted in bigger shops, but it is very common to pay in cash, especially in smaller shops.

Since the age of industrialization, Germany has been a global player in economy and is one of the world’s largest export nations today. Most of the country’s products are developed and produced in the field of engineering, especially in automobiles, machinery, metals, and chemical goods. Many international companies have their headquarters in Germany.
Due to its central position in Europe, Germany has a very good infrastructure for transportation and energy. There are is a large high-speed train network and many motorways connecting most of the German cities with each other and with neighboring countries.

Football (soccer) is the most famous sport in Germany. There are many major-league teams in Germany also taking part in international tournaments. Motor sport is also quite popular among many people.

The German cuisine varies very much from region to region. In the south of Germany the cuisine is similar to traditional Austrian and Swiss food. Pork, beef and poultry are the most common kinds of meat consumed in Germany. Many different kinds of sausage are produced in Germany, as well as a large variety of bread. Most Germans are used to have a good breakfast, a big meal for lunch and just some sandwiches for dinner.
Although a large amount of high quality wine is produced in Germany, the most popular national drink is beer. There are thousands of different kinds of beer all over Germany, many of them are only available in certain regions.

Facts and information about Darmstadt

The city of Darmstadt is located in the Rhine-Main metropolitan area of Hessen, about 30 km south of Frankfurt am Main.

Martinsviertel and Johannesviertel, which frame the Herrngarten in the north, are the hippest corners with good opportunities to spend time during the day and at night. The Fasanerieviertel and Komponistenviertel show beautiful houses of different architectural styles and is well suited for a walk. In our opinion the north / northeast of the city is the most beautiful part of Darmstadt as well as Bessungen. In many places you can see the Art Nouveau history and that many artists and architects have worked here. To the south lies Eberstadt with beautiful orchards and the Frankenstein at the foot of the Odenwald. The region offers a lot of nature and beautiful hiking routes, for example the Bergstrasse attracts with old village centers and their half-timbered houses, cafés and pubs offering regional wine and specialities.

Link: Map of the city center

The public transport in Darmstadt is organized by „Rhein-Main-Verkehrsbund“ or RMV. You will most likely use the public transport for your commute, so we recommend you getting the RMV app so you can always look up the connections you need take. Of course we will assist you in getting the right ticket for your first travels! We recommend getting the mothly ticket with student discount.
Since Darmstadt is relatively small it is possible to do most things by bike as well. For that we have some bikes that you can keep for the duration of your stay if you pay a small deposit. Other than that there is also a bike sharing service called „Call-a-bike“ by Deutsche Bahn. You can get the app if you’re interested in using that as well.

Due to the number of students in Darmstadt you’ll find an intact nightlife here. The “Martinsviertel”, a district north west of the Luisenplatz, can certainly be considered as the main district regarding bars. There are many cheap bars, often crowded by students. The most popular one are the “Hobbit” and the “Hotzenplotz”. In case you’re looking for a club, the “Krone” is a famous place to go. It is located next to the castle and was already established decades ago. Regularly, also other events take place there. For daily information about parties and events in Darmstadt, take a look at partyamt.de.

Additionally, the cinema in the city center frequently shows movies in OV.

It’s helpful to know that there are cheap and more expensive supermarkets. Among the cheap ones are e.g. Aldi, Lidl, Netto and Spar, while Edeka and Real are more expensive and Rewe is something in between. Normally, there’s always a supermarket nearby and you can walk there or go by bike.

If you’re from a country with a different currency it might be hard to have a feeling about what is expensive and what is not. To give you a better idea about the prices, one of the most popular meals for students is the „Döner“, also known as Kebap in some countries. It is about 4.50€ in most places. If you go to a restaurant it is more expensive of course. You’ll find plenty of restaurants near the market square in Darmstadt.

The members from the LC Darmstadt will regularly organize events for you, for example having some beers in different bars or visiting Heidelberg.

Additionally, we suggest to try activities from other groups and organizations at the university, since they offer an incredible amount of events and activities for foreign students every week! You can check them out here:

Darmstadt - City of science, commerce and the arts

Once a residence of Hessian Landgraves and Grand Dukes, Darmstadt developed into the capital city of the German state of Hesse. Following nearly complete destruction of the inner city during the Second World War, Darmstadt was forced to surrender this title to Wiesbaden. The city’s identity had to be re-established from the ground up.
Revived civic activities centred around the Technical University and the Mathildenhöhe artists‘ colony. The printing and publishing industries developed into a decisive economic factor in the second half of this century. This so-called ’smokeless industry‘ enjoyed considerable success until the new computer technologies took its place. Darmstadt also played an important role in that process. Software companies large and small established themselves around the Technical University, a number of which are now known world-wide.
During the same period, international institutes were established here such as the space research organisations ESOC and EUMETSAT, the Heavy Ion Research Association GSI, the GMD Research Centre Information Technology GmbH and the Fraunhofer Institute for Graphic Data Processing, to name only a few. Commercial firms with of international format (Merck, Röhm, Schenck, Wella) rub shoulders here with the arts and sciences.
Darmstadt calls itself a city of science, and as a city in which the arts are alive. It has also been a home for the avant-garde since the beginning of the 20th century. Jugendstil art in the Mathildenhöhe artists‘ colony was a centre of reform movements in Germany around the turn of the last century, followed by further development of the Bauhaus design concepts. Theatre in Darmstadt has been a prominent force twice in this century, most recently in the sixties under its director Rudolf Sellner.
New sciences, new literature, new music, new theatre. Darmstadt has always opened itself to the spirit of the future. This will continue to make the city an interesting and important European location in the century to come. These favourable location factors are further enhanced by the city’s unusual geographic position at the centre of Europe, together with the excellent Rhine-Main Airport connection and the surrounding autobahns, railway-stations and S-Bahn.

Luisenplatz - The heart of Darmstadt

Living centre of the city, main changing station for bus and tram, start of pedestrian zone with shops, dominated by the Ludwigssäule and the shopping mall

Market days on Wednesday and Saturday

Serves as the framework for a variety of exhibitions, concerts and lectures

There is a beautiful beer garden located towards the Karolinenplatz in the north and a small club, the Schlosskeller, which is being run by a student association.

Must-see, consists of the Wedding Tower, an art museum, an artitsts‘ colony and a russian church, nice viewpoint

There is the possibility to do day-trips to other cities in Germany which aren’t far away and worth a visit. The closest one of them is Frankfurt, which is the biggest city in Hessen and is known to be the financial market center in Germany. It is famous for its skyscrapers. Another interesting city which isn’t too far away is Heidelberg. It is sometimes considered as the most beautiful city in Germany. The highlights are the old town and the castle.
Further destinations in Hessen are Rüdesheim/Bingen and Wiesbaden.

Destinations that are further away, but worth visiting: Munich, Cologne, Berlin, Munich, Amsterdam (Netherlands), Paris (France)

Where to find us